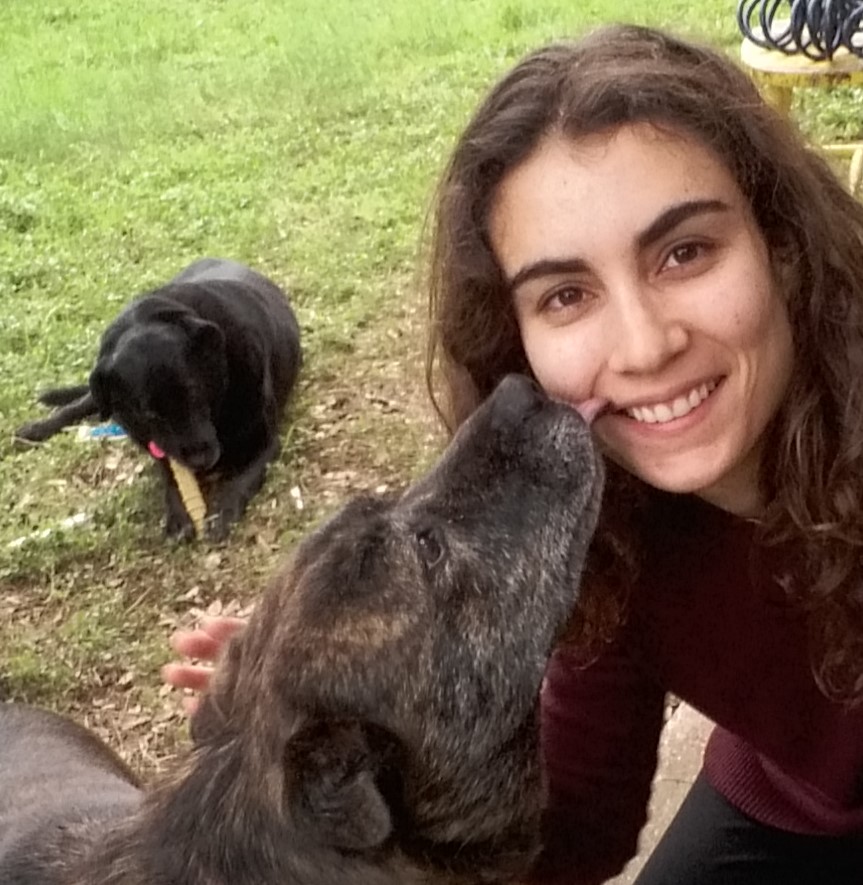 Just like humans, aging dogs can become senile, and what starts as a mild condition with a few, almost unnoticeable signs, usually tends to progress and worsen over time. No one likes to think that their dog is getting old, but when your best friend stops responding to its name, stops recognizing you, other family members or friends, and simply start acting different than usual, you’ve got yourself the red flags of dementia or, as it is also called, cognitive dysfunction syndrome.

The usual signs of dementia in dogs are mostly:

In a nutshell, dog dementia is characterized by your dog acting funny and with complete disregard for previously learned training, habits, or house rules, as if it forgot them. Of course, these signs vary from dog to dog and their severity depends on the progression of the condition. It’s not uncommon to see dogs with dementia getting stuck on corners, behind furniture or doors, barking for no reason, or simply becoming slow responding to stimuli or learning new tasks. Other signs may include increased licking due to stress, loss of appetite, decreased self-grooming, and incontinence, urinary or fecal (or even both!).

Plenty of online resources will tell you that about 50% of the dogs older than 11 years will show some sign of dementia, which is a good indicator of how prevalent this issue is.

The cause of dog dementia is unclear. There is evidence pointing to genetic factors, just like Alzheimer’s disease in humans, and we do know by now that there are a few chemical and physical changes occurring in the dog’s body that lead to an increased accumulation of a protein called beta-amyloid in the brain. This protein build-up ultimately slows or blocks nerve transmission and interferes with normal blood circulation in the brain, which, in turn, leads to the changes in awareness and behavior that are the hallmark of dementia. A decrease in dopamine production, a nervous system messenger chemical, may also be involved in the physiopathology of this condition.

There are no specific tests or exams that will tell you that your dog has dementia.  Diagnosis is achieved through medical history, a physical examination (particularly focused on cognitive function), and ruling out other diseases, which may include performing blood tests, X-ray or ultrasound exams. Although these will not tell you anything about dementia, they will definitely help to determine no other health issues that may mimic dementia are taking place.

When we talk about treatment, there is a myriad of possibilities and success is achieved by owner compliance and willingness to help his or her dog, as no “magic pill” will do the trick. Many times it takes error and trial to find the right formula that will work for you and your dog.

We can divide treatment into four categories:

Conventional treatment relies on the use of a pharmaceutical drug called anipryl, which aims at reducing the signs of dementia by increasing the concentration of dopamine. The side effects of using anipryl include loss of appetite, increase in water intake, vomiting, anemia, and many owners actually report an increase in the signs of dementia, such as confusion, disorientation, and restlessness.

Changes in lifestyle play a huge role on treating dog dementia. Like any other progressive chronic disorder, life-long therapy and support are essential to maintain a dog’s quality of life. These lifestyle changes include keeping a strict daily routine of feeding, walking, exercising, playing, and training. Maintaining a healthy and stimulating environment is also extremely important and some examples include interacting regularly with your dog, spending time together, taking it out to socialize with other dogs, providing it with stimulating and interactive toys or games, and exercise or training sessions that may be as long as 5 or 10 minutes, depending on the dog’s physical condition, and are helpful to refresh their memory on old tricks. As little as hiding a treat and get it go and find it will contribute to an active lifestyle that will help hindering the progression of dementia. Also, make sure you don’t change the arrangement of the furniture, as it may confuse your dog, and get rid of any clutter you may have lying around because it may trip on it.

Switching to a natural, fresh, raw, unprocessed diet is another step towards health that can help your dog with dementia. You can cook it yourself, as there are so many good resources out there teaching you how, or you can look for commercial options, many of which have companies behind them that are truly concerned with providing more natural dog food options to their clients.

Herbs and supplements are of paramount importance in treating and managing dementia, as so many dog owners share in testimonies after they witness firsthand the improvements brought about by their use. Some herbal treatments and supplements that are recommended include hawthorne, gingko biloba (also known as waterhyssop), bacopa, Gotu Kola, alpha lipid acid, choline, rosemary, vitamin B6, resveratrol, flaxseed oil, coconut oil, turmeric, rhodiola, and omega-3 fatty acids. While some of these herbs and supplements have long been used in Ayurvedic and traditional Chinese medicine, others have started being used more recently, but all of them are known for their anti-aging, anti-inflammatory, and antioxidant properties.

We definitely do not need research to tell us how much of an effect music has on our nervous system, so why would it be any different with our pets? Well, it’s not. There are plenty of resources on YouTube that provide hours of relaxation music specific for pets, selected on the grounds of resonance (tone) and entrainment (rhythm), which basically make the breath, brainwaves, and heartbeat slow down to match the music.

Prevention of dementia before any signs appear is possible by switching to a more natural diet, using less chemical flea and tick products, and start supplementing with natural options with anti-inflammatory properties. Remember that natural approaches to disease tend to take more time to show their effectiveness, as they act slower than conventional drugs. All in all, it’s an everyday effort and a commitment to health that you must be up for. In the long run, though, it’s totally worth it.

You can buy our vet prescribed supplements here:

Ana Oliviera
Ana Oliveira is a veterinarian graduated from Kansas State University and a freelance writer who loves writing about pets and pet health. She has a keen interest in natural and holistic approaches to animal health and is an advocate for good quality information, believing it is the key to improving the lives and welfare of animals.